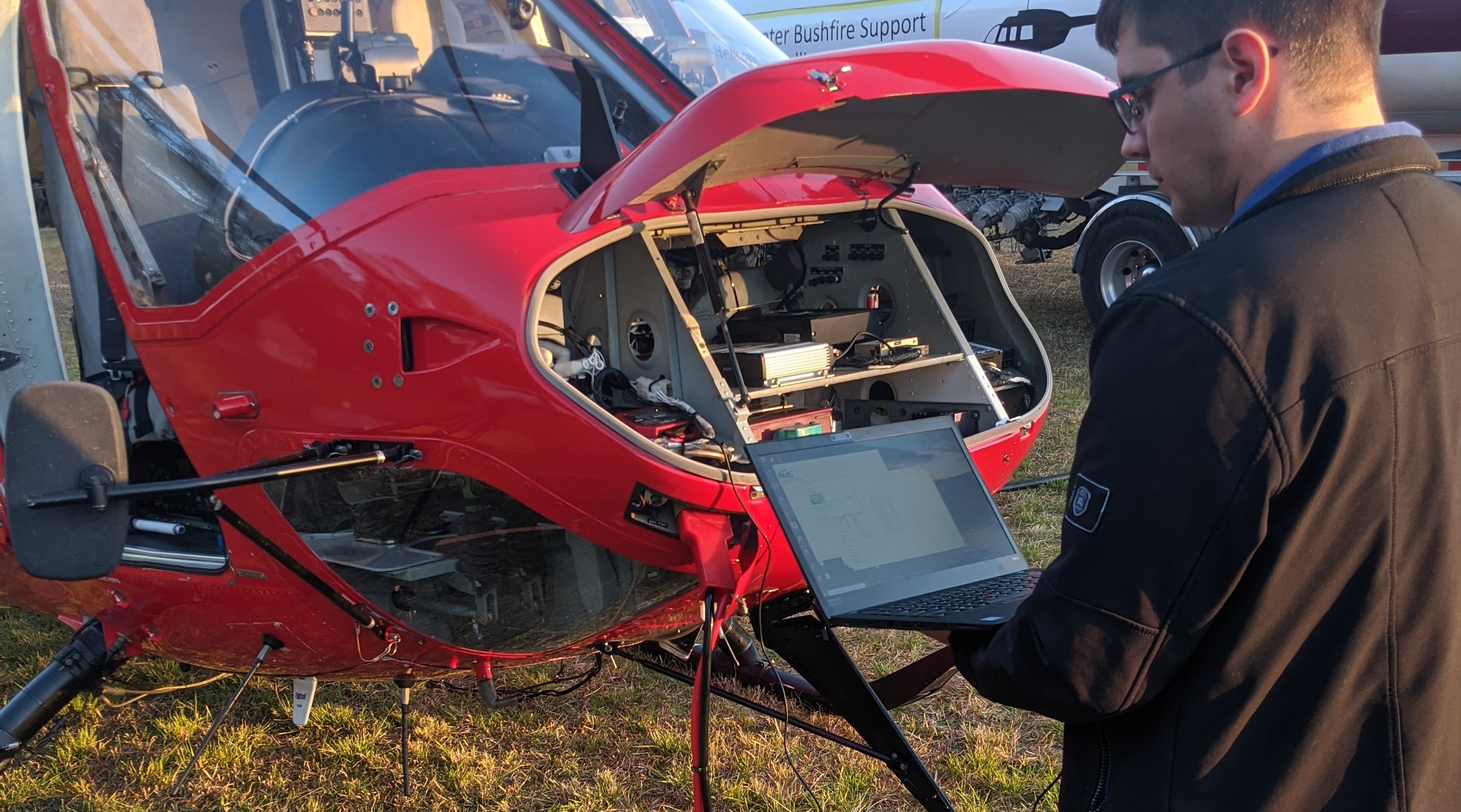 In this series we look at the fill/drop profiles of aerial firefighting aircraft in their various firebombing configurations. This time we are looking at bucket equipped helicopters.

The following data was collected from a helicopter fighting fires south of Sydney in 2021. The aircraft was equipped with an Onboard Systems Load Weigh system which places a loadcell between the airframe and cargo hook. A WaterHog Bucket was suspended from a 150ft longline attached to the cargo hook. The profile shown in Figure 1 starts at Power On of the aircraft, shows the flight enroute to the designated water source and ends after the second fill. 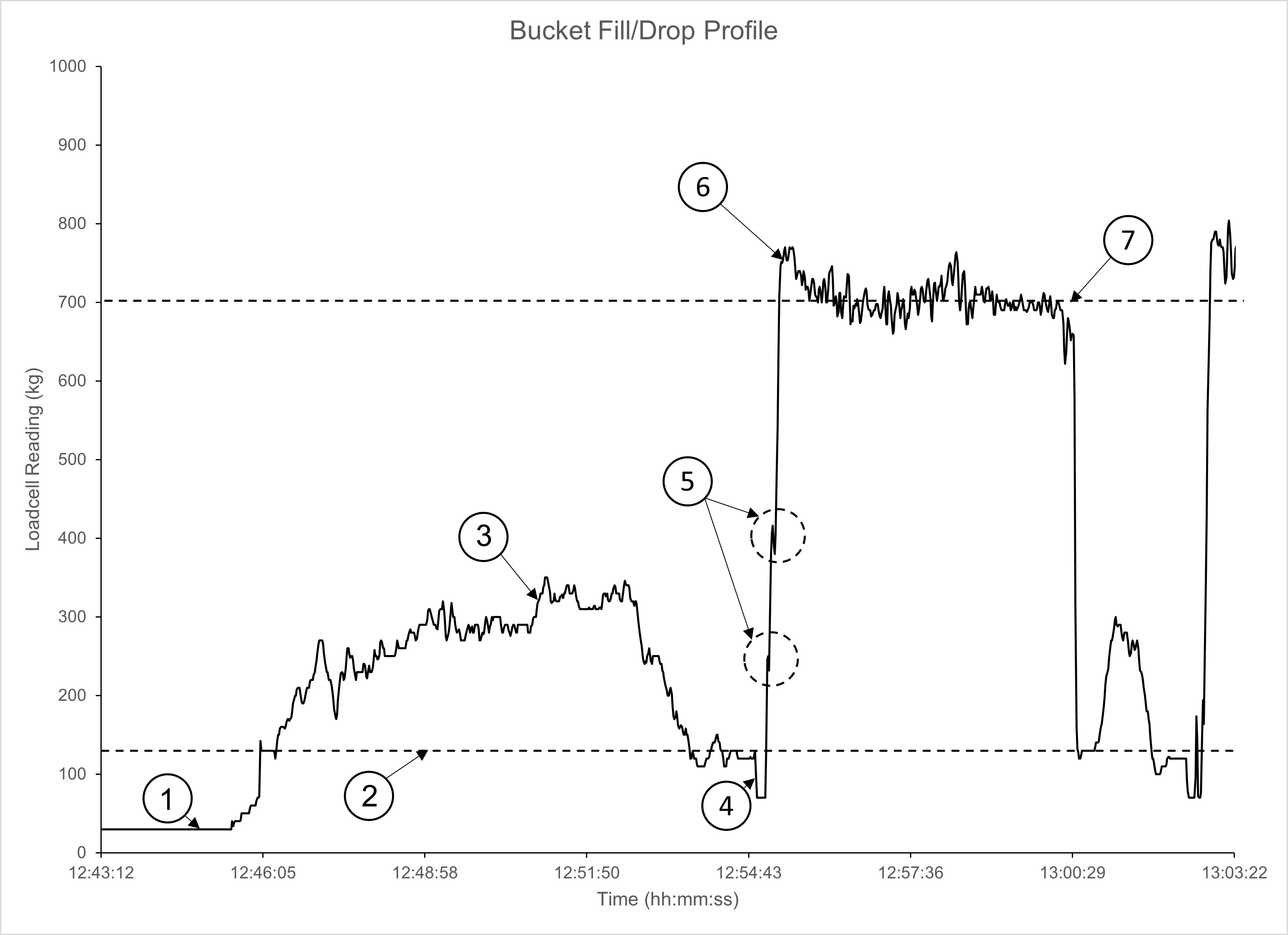 As the helicopter flys toward the waterhole the bucket loads up under drag (see Annotation 3), these loads can be significant (almost 200kg in this case) and can pose a challenge to unsophisticated detection algorithms. The drag load decreases as the helicopter slows into waterhole. As the bucket is lowered into the waterhole the line slackens and drops below the inflight zero load reading (see Annotation 4).

Once the bucket is submerged the pilot will pull up out of the waterhole, checking to see if there is enough torque available for the load onboard. Some operators, especially on larger machines, will pull the bucket up until it is mostly out of the water and hold, making sure they’re happy with the load. This pull and relax, whether intentional or just feeling the weight of the load, gives small bounces in the fill profile (see Annotation 5). The bounces on this profile are small but can still result in multiple fill detections if not accounted for by the event detection algorithm. The load profile peaks as the helicopter accelerates up out of the waterhole (see Annotation 6). Enroute to the firefront the load is relatively stable, drag forces are present but small compared to the load. In this example, the average load reading is approximately 700kg (see Annotation 7), adjusted for the empty weight the volume of water filled is 570L (570kg).

Drops come in many forms, depending on the fire and the helicopter role. While split drops as small as a quarter of the bucket capacity can be deployed to fine tune water placement, typically the load is dropped in one or two salvos. Approach to drop location affects the load profile. The load reading can increase, decrease or hold steady on approach depending on whether the aircraft is accelerating, decelerating or running-on. In this case the load drops off slightly prior to the drop as the pilot decelerates to line up the shot. After the drop the load reading is 130kg, indicating that the full load was dropped.

If you would like to understand further how the AFDAU product can help your business get in touch with our team via sales@ams-aus.com.